Origin Hops draws its name from its roots—with the first Goodman to farm on the  property in 1853, Origin White Goodman, as the enterprise’s namesake.

Based in Fort Ann, New York, Origin Hops is located at Goodmanor Farm, a local historic site originally established by Colonel George Wray in 1778. The original diversified farm included an orchard and a lumber mill during the Colonel’s tenure. The property underwent several change of hands until Origin  purchased the land in 1853 and the legacy of Goodmanor Farm began. 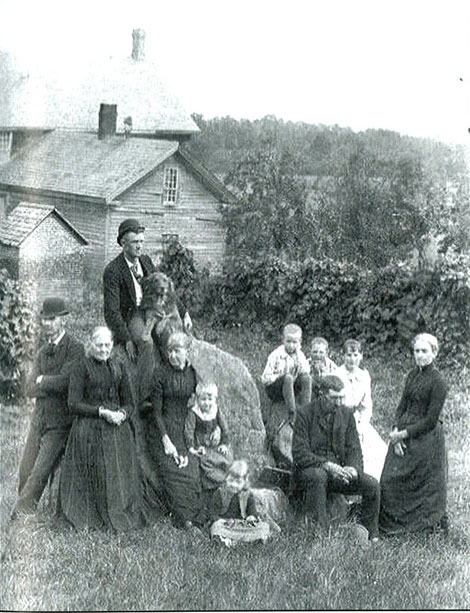 In 1953, 100 years after his grandfather purchased the farm, Neil Chester Goodman started running the dairy. Chester was forward-thinking, unveiling the  first milking parlor in Washington County, New York in 1959. He also understood the importance of family and community, having been active in the West Fort Ann United Methodist Church and serving on the town’s school board. Though fatally injured in an on-farm accident in 1975, his wife Shirley and sons Walt, John and Paul took over operation with assistance from their brother Les, and together carried on the community-minded spirit of Goodmanor Farm. In recent years, the farm has faced difficult decisions about the future of the family business, weighing the chance for retirement with what future might lie ahead for the land.

Growing up on a farm opens your eyes to the incredible richness of the land. A farm teaches the value of hard work, the urgency of taking care of land and water, and the importance of family and community. When Shirley passed away a  few years ago, Les said something that now steers the vision of Origin Hops:  The view from the legacy she left behind—and from generations before—is the same from atop a tractor in planting season. Though steering towards the possibilities of the future, you must always keep looking over your shoulder and see that you are leaving something greater behind you than was there before.

Origin Hops is about the past, but also the future. It’s guided by a sense of “origin” as a start, taking this chance to begin anew, and as an “origin” of where the community may intersect.

Stories from the Field